The idea of putting together a blog post on my life in the broader culture of architecture, outside of the immediate issues encountered in the daily life of the office, poses a few challenges. In common with quite a few parents, my weekends, that once saw me looking at interesting buildings and exhibitions, are generally spent on a circuit of playgrounds both close to my home and further afield.

A favourite playground for both me and my 3-year-old son, is the one in Avondale Park, in North Kensington.  It’s well-equipped and -maintained and he has learned most of his balancing and climbing skills amongst its various attractions. It’s a beautiful spot, too, with well-kept trees and shrubs. 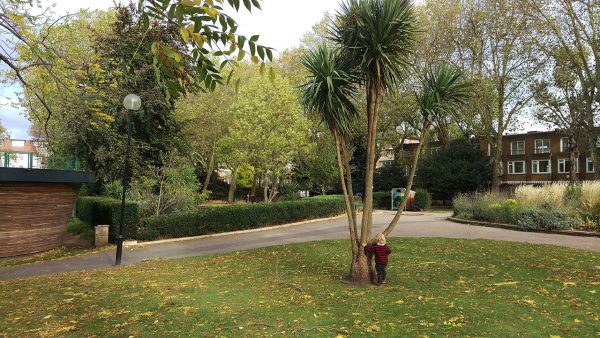 The Park was officially opened on 2nd June 1892. It was part of a project by the Kensington Vestry to make a healthy environment out of an area which had been brickworks and piggeries- in 1856 there had been 1,041 pigs belonging to a population in great poverty and beset by smallpox and cholera. One of the kilns was rebuilt in 1879 and is still sitting on the other side of the road to the Park, to bear witness to the potteries which had characterised the area.1 On Charles Booth’s map of prevailing socio-economic conditions (the ‘poverty maps’ of the 1890s) Avondale Park is marked as a ‘Recreation Ground’ and flanked on two sides by the black ink denoting the ‘Lowest Class’2 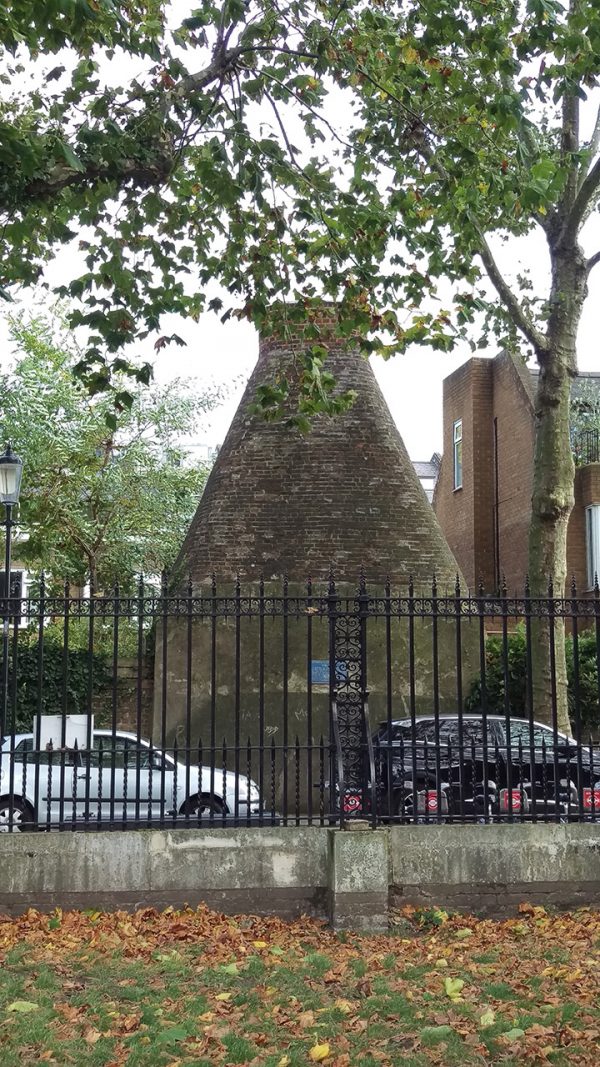 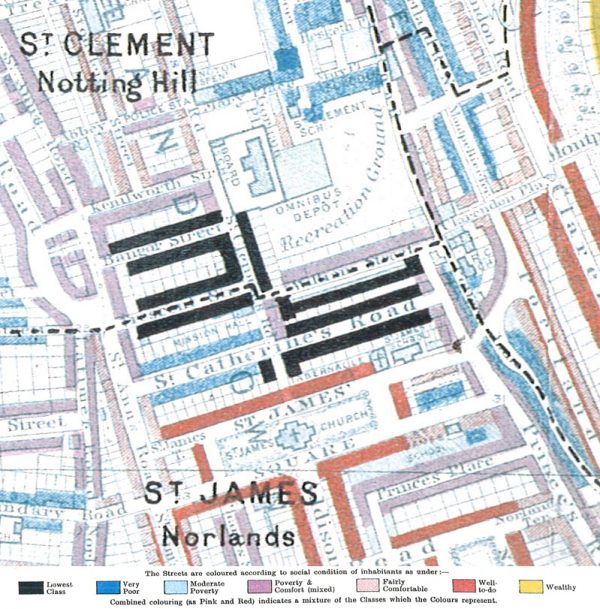 It’s a really interesting spot for people-watching in the present day. It’s on a kind of demographic fault-line between the big houses and lanes of desirable little mews dwellings, stretching back from the north side of Holland Park Avenue, and the large-scale developments destined to house those with more modest incomes to the north of Avondale, some of which date back to the conception and construction of the Westway in the 1960s and the slum-clearance programmes which enabled that project. The parents and grand-parents with their children come here equally from those estates, which include the ill-fated Grenfell Tower, as from the much wealthier households to the south and that adds to its considerable charm.

The bent-cedar clad pavilion incorporating a kiosk café, public toilets and baby-changing facilities was recently completed following an architectural competition held by the Royal Borough of Kensington and Chelsea. Amongst the quite dense low-rise development in the streets behind Avondale Park to the east, before the buildings rise up towards Notting Hill Gate proper, there is a new development, Walmers Yard, designed by the educator and mostly ‘paper architect’ Peter Salter. This has been widely celebrated in the press as a significant project as it celebrates unconventional techniques and materials in a delicate small-scale setting.

The BBC’s Secret Life Of Streets had an episode on the nearby Portland Road (link: http://www.bbc.co.uk/programmes/b01kcpfh) which was fascinating and told a compelling story of the area, but doesn’t seem to be available to watch on the iPlayer at the time of writing.