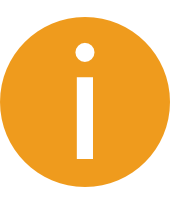 We were appointed by the owner to design a replacement for a house built on this site in 1950. The site is located on the Ridgeway in Totteridge, the rear garden sloping quite steeply to the north.  To fit in with the established street scene we saw an opportunity to bring the existing frontage closer forward towards the highway as this meant the new house aligned with the other neighbouring properties and enabled us to double the existing depth of the house without setting the rear elevation any further rearwards.  The existing two storey house was replaced with a 7500 sq ft house on 3 stories, including one storey in the attic and one below ground at the rear, but with a part elevation overlooking the rear garden.   A further feature was to set the eaves on the boundaries as low as possible to minimise any impact on the neighbouring properties.  Despite being supported by the Planning officers, the application was refused by the Planning Committee, but happily the Appeal was granted fairly quickly and the house is under construction due for completion in 2018.